16 Things You Should Know About Court Records

When it comes to how court records are organized, which search methods work best, and how these records can supplement an investigation, there is a lot of information out there. Nearly every investigation conference we've attended has had a track on court records, and we hear time and time again that the most reliable and helpful information always come from a trained and experienced private investigator.

Top investigators and PI bloggers put on a great webinar on court records. We've included some key takeaways, the things you should know about court records, and some great court record search tips from members of the Investigator Marketing Group on LinkedIn below.

Below are 16 crucial things you should know about court records, how to search them, and how the information can impact your investigation.

1. Court records are one of the most important and underutilized resources in an investigation

"Court records don't require any special permission," investigator Brian Willingham says. "The beauty of court records is that they are available to anybody."

2. They don't require any special permission

While investigators who work with corporate entities may have access to emails or human resources files, and police officers will have access to certain information and the FBI even further details, court records are available to anybody who knows how to get access to them.

"The beauty of court records is that they are available to anybody," investigator Brian Willingham says, "Anybody that knows how to get them can get them."

3. They are based on factual information

4. They paint a different picture of a person than interviews with associates will

The documents that you have in court records will provide insight as to whether they have been involved in litigation or are a convicted criminal. This can add a different layer of insight about a person or individual.

5. Court records provide millions of data points for you to access

There are 150 million cases filed each year in U.S. courts. While many of these are traffic violations, small claims disputes, and other minor cases that wouldn't be critical for most investigations.

6. In simplest terms, there are two separate areas of courts: federal courts and state courts

Federal courts handle cases like immigration law, bankruptcy law, social security law, patent law, and other federal laws that are being broken. Federal courts include the below courts (in order of superiority). 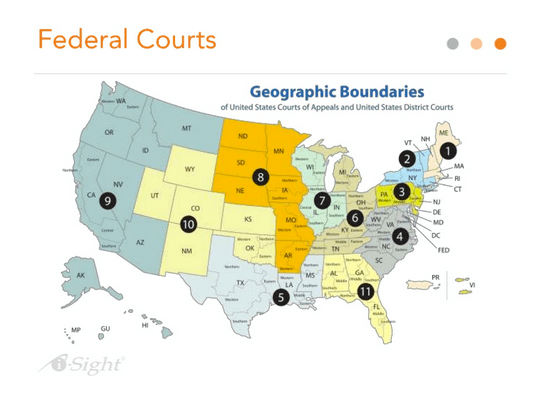 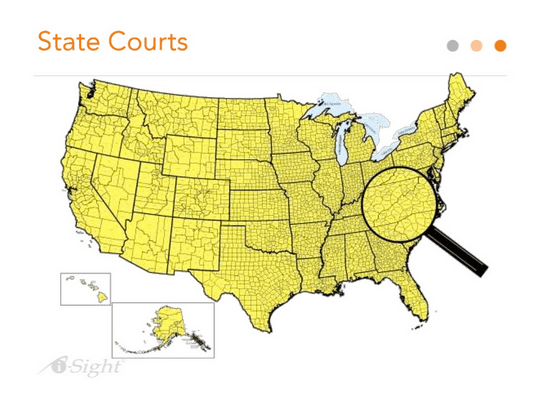 7. There are 94 district courts in the United States

Most states only have one court, but some have more. California, for example, has four different federal courts.

8. There are over 3,000 county or county-equivalent (borough, parish) state courts

"There are thousands and thousands of courts out there that can potentially house records that might be critical to your investigation," Brian Willingham says. "The idea here is that you want to get a general sense as to the amount of courts that are out there, what you can do to access them, where would the information be that would be relevant to your investigation."

9. Having all known names and aliases is better than having just the birth name

When it comes to researching databases, the information was entered in by a human being, which means there can be a mistake. With nicknames, maiden names, and birth names, a civil suit may initially be filed under a different name. Having the accurate name before getting started can save time. Criminal records don't present the same issue, as the police generally provide aliases and will log the name listed on the person's identification.

10. Civil court records typically do not have identifying information on the person involved in the suit

While you will have the name, within the lawsuit the date of birth, social security number, or address will likely not be included. This is problematic especially for common names. Criminal records typically include identifying information (i.e. date of birth).

11. Many courts have their own websites, but you need to understand what you're searching

No matter what database you are searching, you need to understand what is covered by that search, including what types of cases and what dates.

With databases sourced by entries entered by humans, there is a margin of error. This can also help when databases are picky about how names or information needs to be entered in for a search. If you search in multiple databases, it can clue you into mistakes, omissions, and incorrect information.

13. You can find court records on state or federal repositories, court websites, third party databases, and at the physical courts

These are some of the main resources for finding court records. It's highly recommended to search through other databases to make sure there are no omissions, and to pull the record at the court to verify validity.

14. There are 24 states in the U.S. where you can obtain a statewide criminal record check 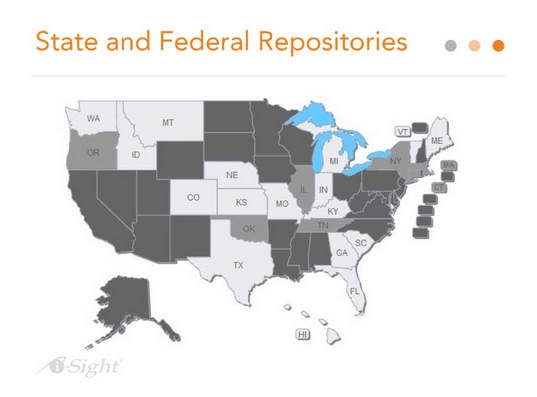 15. Going directly to the court is the most effective place to obtain records, and you can obtain the documents right there

Databases offer great information on whether a court case exists, but to pull the actual court filings you have to go directly to the court.

16. You can look for valuable information in the docket, complaint or indictment, affidavits, final disposition, and deposition and transcripts

Court documents are overflowing with information, but knowing where to look for the information you need can be helpful.