Seattle has been defunding the police exactly backward 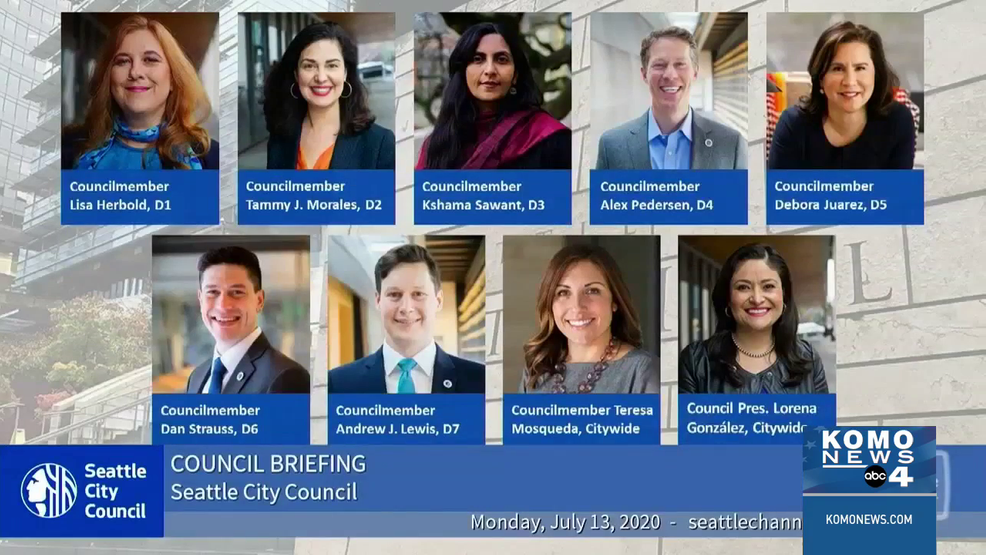 A look at SPD, crime and homelessness in Seattle, WA. Local citizens experience the consequences from Seattle City Council members decision to defund the SPD budget.

The problem with Seattle’s experiment in defunding the police so far isn’t that there are now fewer police. It’s that they weren’t replaced with anything.

“I feel like the city is doing defund the police backward,” says Jeff Anderson. “They started with what they should have done last.”

Anderson, a manager of an architecture firm in Belltown, has found himself in the thick of it. Like a lot of companies there, his has been struggling daily with low-level street crime outside the office — drug dealing, trespassing, vandalism and so on. For the past six months, the front of the company’s building on Third Avenue has been the site of a small tent encampment.

Six tents are tucked under the building’s eaves along the front sidewalk — which technically means they’re not on public property, but on the company’s.

“We were reluctant to deal with it by calling police,” Anderson says. So they contacted some social service nonprofits and homeless care groups. They came out and brought blankets and the like, though none was able to coax the folks off the property and into shelter.

As the group has grown, so has “threatening behavior, drug dealing and drug use,” Anderson says. “I’ll come back from lunch and somebody will be sitting next to our front door in a chair, shooting heroin.”

Eventually, after a co-worker was punched on the street, Anderson did two things: He put the building into Seattle’s trespass program, which is supposed to allow police to remove squatters from private property. And he started calling the police for help.

Officers have come by one time. According to Anderson, they said: “Well, the police were defunded, so we can’t do anything about it.”

“Now we must be on some ‘Don’t bother going’ list, because nobody comes,” he says. “I thought of just calling every day, but I don’t want to make a total squeaky wheel of myself.”

This is a tricky issue due in part to the coronavirus, which the city says has made it tougher to move sidewalk encampments. The pandemic has also effectively reduced the amount of shelter, due to space requirements to protect people from the virus.

Still, when crimes are being committed, or when a building is being trespassed, you’re supposed to call the police. That’s what they tell you to do: Call 911.

The police admitted this past week that they really aren’t handling stuff like this anymore. They told the City Council they’re struggling to respond even to higher-priority calls like assaults or domestic violence, let alone to lower-level situations like what’s going on in Belltown.

“Due to the cascading impacts of COVID-19, threats of layoffs, and recent budget reductions, SPD is experiencing extreme staffing shortages, the future effects of which are not fully known,” a Police Department presentation said.

“The reality is, a lot is not getting done,” Chief Adrian Diaz told the council. “Sustained problem solving is basically on pause.”

Last year, 186 officers quit, many after the City Council cut the budget by $46 million as a first whack at defunding the police. This was only an 11% cut, so the council promised that far more slashing was on the way (the stated goal of a majority of council members at the time was to cut 50%).

“SPD is in a staffing crisis,” a deputy mayor told the council this past week.

If it’s a crisis, it’s by design. The department is the smallest it’s been in more than a decade. But that’s what the council wanted to happen.

Anderson makes the most important point: That this is all being done in the reverse order of what would make sense.

One of the core premises of defunding the police was to reduce how often officers with guns deal with nonviolent drug or mental-health issues on the streets. For that to work, when someone like Anderson calls 911, the city needs to dispatch social workers or other nonpolice employees to help.

Where are these replacements? In the budget last year, the city funded five mental health counselors to ride along with cops, on what’s called a Crisis Response Team. But do the math: We lost 186 officers and gained … five counselors?

This past week, U.S. Rep. Adam Smith, D-Bellevue, proposed a grant program in Congress to start to transition 911 calls for many nonviolent incidents away from police departments.

It’s a fantastic idea. There are questions about whether such a team needs police alongside in case violence breaks out. Regardless — shouldn’t Seattle have had this staffed up and going full-bore before it started hacking away at the police?

“I’d love to call 911 and say, ‘There’s people in crisis here at our building, it’s getting out of control,’ and have social workers show up to help them,” Anderson said.

Maybe it’s the pandemic, and core city services like this will automatically improve when it ends. But if this is at all what defund the police looks like, it’s going to fail. It already is.